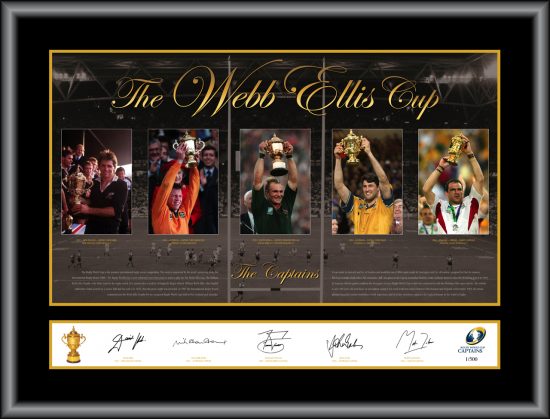 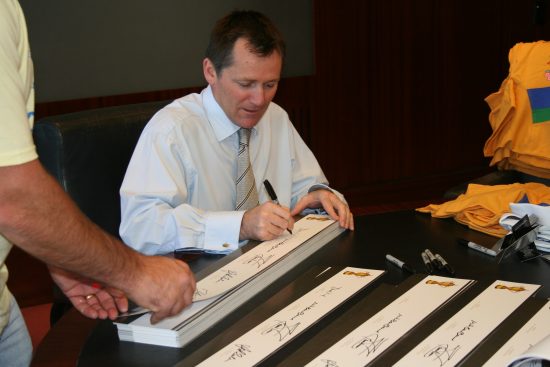 The Rugby World Cup is the pinnacle of all Rugby Nations. Since it’s exception in 1987 only 8 captains have ever had the honour of holding aloft Bill.Legends Genuine Memorabilia are proud to bring to you one of the greatest Rugby collectables of all time featuring the Rugby World Cup Captains.

Under License by RWC Captains Limited, these prints feature the hand signatures of :

Never before and probably never again will a Rugby World Cup Captains piece like this be produced.