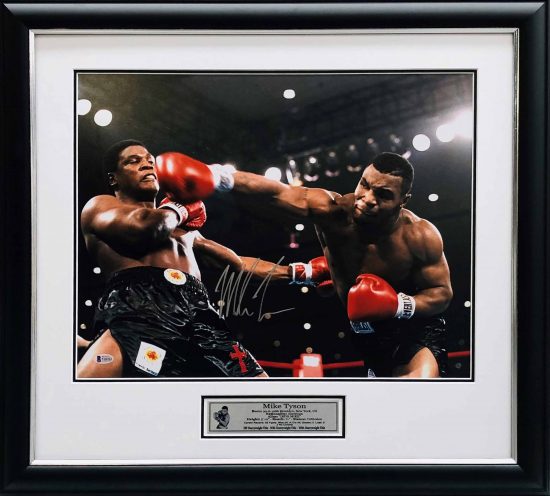 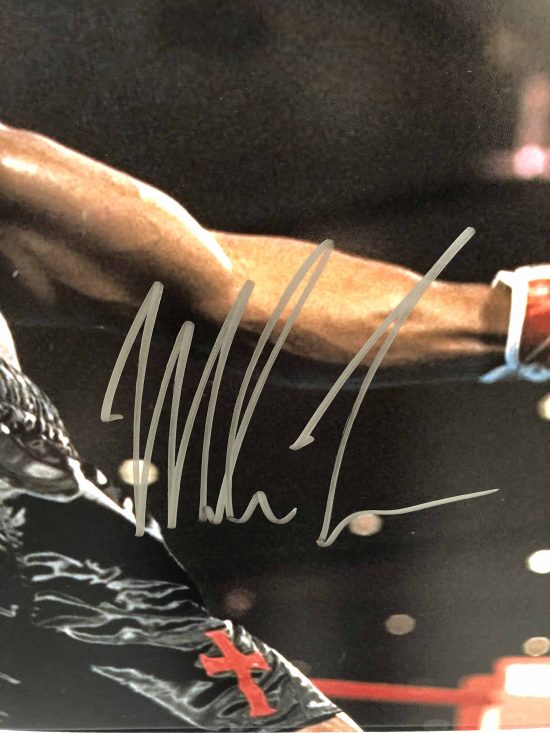 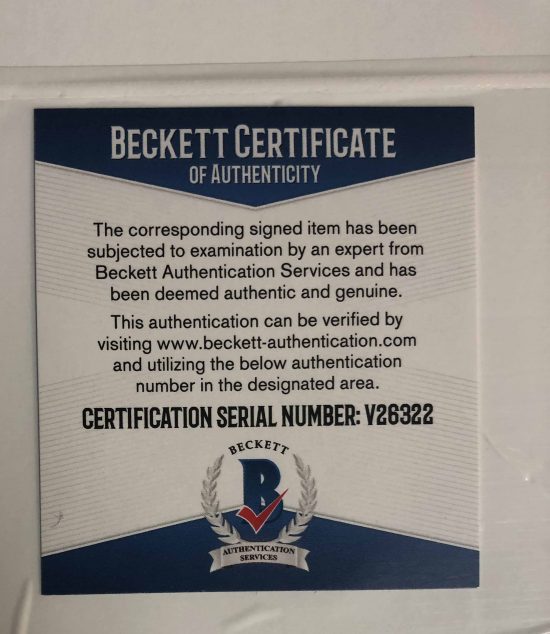 Throughout his career, Tyson became well known for his ferocious and intimidating boxing style as well as his controversial behavior both inside and outside the ring. Tyson is considered to have been one of the best heavyweight boxers of all time. He is ranked No. 16 on The Ring’s list of 100 greatest punchers of all time.

Accompanied by a Certificate of Authenticity from BAS Beckett.

Presented in a deluxe timber frame. 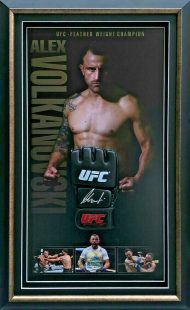 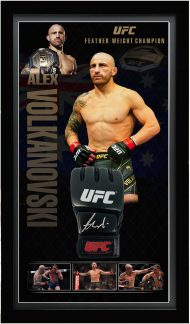