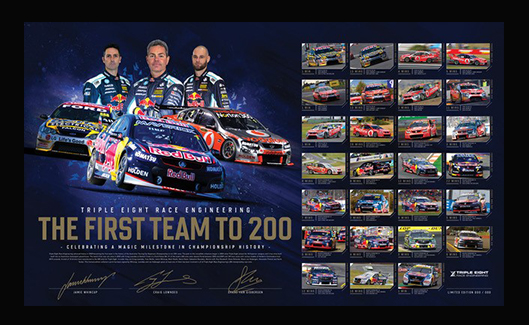 Hand Signed by Jamie Whincup, Craig Lowndes and Shane van Gisbergen, this print is a must-have piece of memorabilia. At least one of these drivers has been involved in all 200 race wins for Triple Eight dating back to the first scored by Lowndes at Eastern Creek in 2005.

Officially endorsed by Triple Eight Race Engineering and featuring each of the individual cars that have contributed to the 200 race wins.

The identifying chassis number and number of wins each car has contributed to the 200 win tally and is also included on this incredible print.

Limited to just 200 with each is hand-signed by the three drivers. 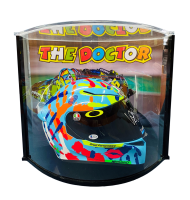