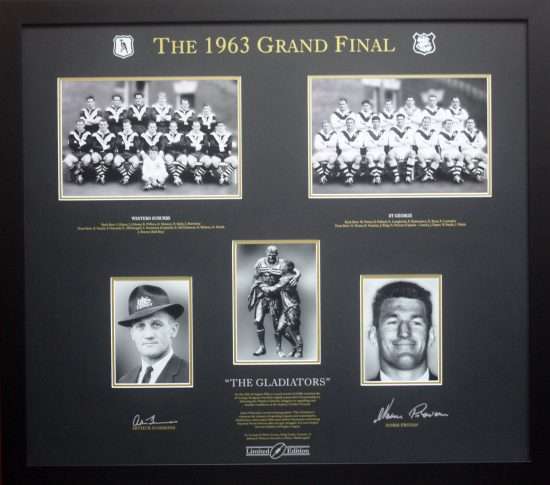 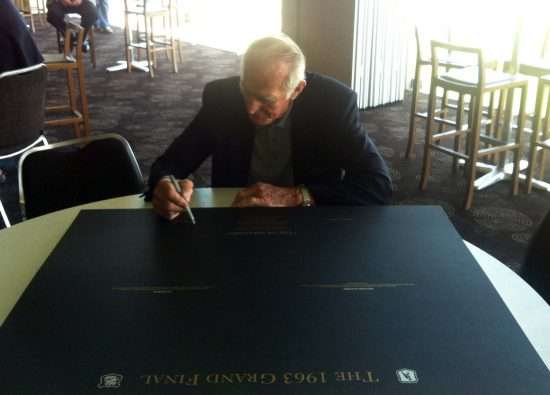 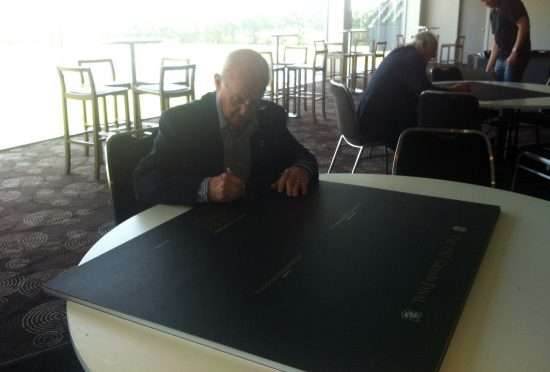 The 24th of August 1963, on a rain soaked quagmire SCG pitch in front of a then record Grand Final crowd, the Dragons defeated the Magpies 8-3 in one of the most controversial Grand Final matches in history. The match is also celebrated in Australian rugby league history for the enduring photo of rival captains Norm Provan and Arthur Summons in a congratulatory mud-caked embrace at game’s end.

The award winning photo became known as ‘The Gladiators’ and since it was first published has been appreciated by rugby league fans as capturing an essence of the game wherein a little man can fairly compete against the bigger man, and where sporting respect and camaraderie follow epic struggle.

The 1963 St George Dragons and Western Suburbs photo is a limited edition of only 100 personally signed by ‘The Gladiators’ Norm Provan and Arthur Summons. 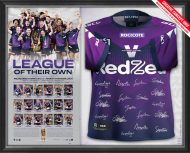 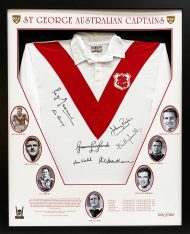